October 17th, 2018updated
WATCH People in the Cowichan Valley say they've had enough. Volunteers recently pulled more than a thousand needles and debris from the banks of the Cowichan River. And as Kendall Hanson reports they say the mess is directly related to the numerous homeless people camping near the river.
Close to 20 Cowichan Valley residents who love the Cowichan River joined forces recently for a massive cleanup. It followed after images surfaced online showing huge amounts of garbage piled along the water’s edge. “It was pretty heart wrenching really to see this is what’s going on and that it’s come to this,” said Howie George, one of the volunteers. The banks of the Cowichan River is where numerous homeless people camp and many of them leave needles and other debris scattered along the river. The online images of the mess prompted the group of volunteers to take action. “So I decided why don’t we just do something,” said Emily Charlie, one of the organizers. “Just clean it up instead of waiting around for someone else to do it or make the decision.” Eighteen people recently turned out to try and collect as much of the garbage as possible. “We wanted to get the stuff off the banks before the river rises and washes it down to log booms or out into the ocean,” said Lehanna Green, a co-organizer. “We thought that was really important so we really felt like we needed to act immediately.” They collected three truckloads of junk including old bicycles, clothing, tarps and more than 1,000 needles. “Like the feeling and seeing the huge difference we made with such a small group,” said Charlie. “It was an amazing feeling and I really wish more people would see that and get to experience that.” While the volunteers say they don’t have the solution for homelessness, they want everyone who uses the area to be mindful of what a jewel the Cowichan River is. “Not too happy about it,” said Charlie. “My family fishes this river. I’ve fished this river for my entire life and it’s kind of disappointing because I want fish and a clean river for when my kids are older.” Since their first cleanup, more garbage has been discovered but the organizers say they are planning to be back this coming Saturday. They’re meeting at 9 a.m. on Boys Road by Adams Tarps and Tools. 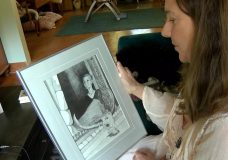 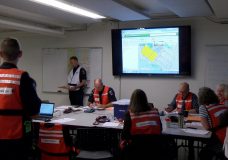