Troubling stink in Chemainus impacting businesses in the area 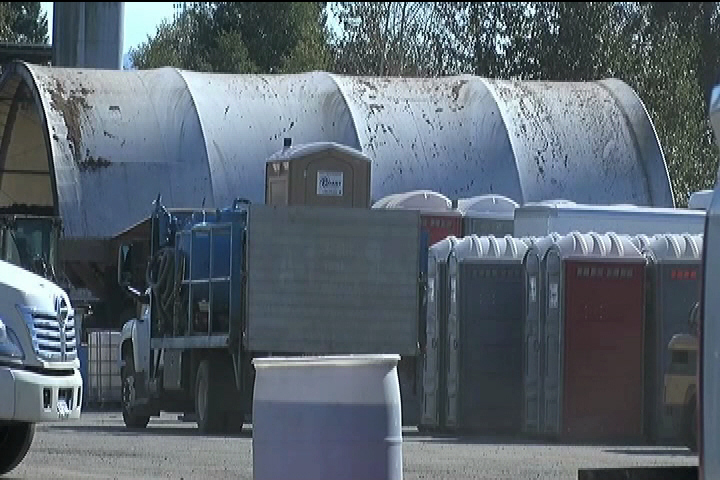 WATCH A stink is stirring up in Chemainus where a compost facility that processes porta-potties has neighbours at wit's end. Neighbours say the smells from Coast Environmental are so bad some days that they can't even go outside and are appealing for officials to do something about it.
Rob Janssen is sick of the smell that’s overwhelming his Chemainus home and business from a composting facility next door. “It’s just enough to make you gag,” said the owner of R.E. Cycle. “It’s just about ready to make you throw up sometimes.” The 25-year resident says the smell is coming from Coast Environmental, that moved into the Chemainus Industrial Park five years ago. It processes wood waste and compost, but also human waste from the region’s portable toilets. Neighbours say over the past month there have been multiple days the smell has been so prolonged and putrid that they have lost business, sent employees home early or had to work entirely inside to cope. “Like cracking the lid on a big septic tank and it just hangs there,” said Janssen. “It’s not just a whiff, it’s just a solid permanent stench for quite a period of time.” Across the Trans-Canada Highway, Darren Wright has the same concerns. “I just don’t understand how it can be allowed to operate and affect businesses around with no way to change it,” said the manager of Speed Sincher. Neighbours have been complaining about the composting lot for years but say so far it has gotten them no where. “And we just feel like we’re beating our heads against the wall,” said Wright. “We don’t have any support from the municipality or the CVRD we’re just told that it’s out of their hands,” he said. Coast Environmental declined CHEK News’ request for an interview, but the mayor of North Cowichan says the company is now in meetings with the province and Cowichan Valley Regional District (CVRD) discussing the odours and how they’re impacting businesses in the area. “I can assure them that the CVRD and staff are now working on it,” said Mayor Lefebure. “Hoping to get the operation back on track.” Rob Janssen would like it gone altogether. “For me, it’s still too much in a public area, you know it should be 35 miles up a logging road where there’s not the general public in the area,” said Janssen. The District of North Cowichan now agrees. Since Coast set up the compost facility and complaints followed, officials changed the rules to disallow facilities like it in industrial areas, but the
current composting facility will stay. 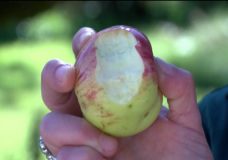 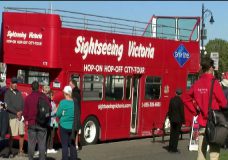 End of the road for Victoria’s vintage double-decker fleet