Province gives the go-ahead for a new Cowichan Valley hospital

July 6th, 2018updated
WATCH The Cowichan Valley has been given the green light for a new hospital. The announcement was made by Premier Horgan and Health Minister Adrian Dix today in Duncan. As Skye Ryan reports, patients say it has been a long time coming.
The B.C. government says better access to health care will be available for Cowichan Valley residents with plans to build a new hospital in the region. Premier John Horgan and Health Minister Adrian Dix were in North Cowichan Friday to announce plans to build a hospital expected to be nearly triple the size of the existing Cowichan District Hospital (CDH). Construction is expected to start in 2021 and budget details will be finalized during a 12-to-18-month business planning stage. The CDH opened in 1967 and has 134 beds. The province says the Cowichan Valley population has more than doubled since the facility opened and is anticipated to climb another 20 per cent over the next few decades. “The capacity issues it faces on a daily basis are frustrating for patients and the hospital’s dedicated health-care workers. It was critical that we take action,” Dix said in a release. A concept plan for a new hospital was received by the government in February and was approved last month. “Having a new hospital, with modern technology and advancements, will do a great deal to support patients and their families in the Cowichan Valley. It will also help attract quality medical professionals, who are in high demand across the province and the country,” Island Health Board Chair Leah Hollins said. Once the business plan is approved, the project will go to procurement and then construction. 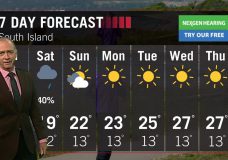 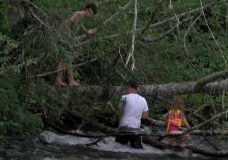 Tubers rescued on Puntledge River after getting snagged by fallen tree