CULVER CITY, CALIF. (September 3, 2019) – After a historic 35th anniversary season, JEOPARDY! and its host, Alex Trebek, are back for more “answers and questions.” Season 36 premieres Monday, September 9, and this year, America’s Favorite Quiz Show will celebrate another milestone when its 8,000th episode airs on October 4. The show airs Monday to Saturday at 7:30 p.m. on CHEK.

The new season kicks off with a returning champion hoping to extend a six-game winning streak. Jason Zuffranieri, a math teacher from Albuquerque, N.M., has earned $137,300 so far and will attempt to secure his seventh straight victory against two new challengers. Click this link to watch a recap of Jason’s six victories.

This fall, viewers can look forward to the always-competitive Tournament of Champions, airing November 4-15, 2019. Among the 15 top players set to face off for the $250,000 grand prize are James Holzhauer, whose 32- game, $2,462,216 streak made him a household name earlier this year, and Emma Boettcher, the powerhouse who stopped the James juggernaut in its tracks.

Season 36 will also feature the return of the College Championship and the Teachers Tournament.

JEOPARDY! fans are always looking for new ways to play along with the show at home or on the road. This season, they can look forward to the launch of JEOPARDY! on DriveTime, the hands-free, interactive entertainment app developed with drivers in mind. Starting September 9, commuters across America will be able to test their wits against actual JEOPARDY! clues offered each weekday in the DriveTime mobile app. Learn more or download the app from Apple or Google here.

JEOPARDY!, America’s Favorite Quiz Show™, and host Alex Trebek will begin their 36th season on Monday, September 9th. With a weekly audience of 23 million viewers, JEOPARDY! is the top-rated quiz show on television, and has received numerous awards and honours, including the 2019 Emmy for Outstanding Game Show Host. The show holds the Guinness World Records® title for the most Emmy® Awards won by a TV game show (35 Emmys); it is also the recipient of a 2011 Peabody Award. JEOPARDY! is produced by Sony Pictures Television, a Sony Pictures Entertainment Company; it is distributed domestically by CBS Television Distribution and internationally by CBS Television International, both units of CBS Corp. For more information, please visit Jeopardy.com. 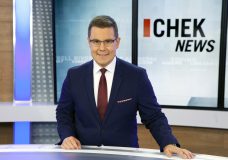 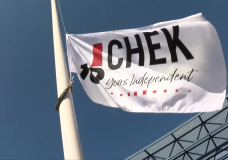