Niagara cop sent to hospital after ‘interaction’ with another officer

PELHAM, Ont. — A 52-year-old officer suffered serious injuries Thursday in a shooting that Ontario’s police watchdog said involved two members of the Niagara Regional Police Service. The Special Investigations Unit said it was probing an “altercation” between two officers, one of whom sustained a gunshot wound at about noon in Pelham, Ont. “The officer was transported to hospital for treatment, and then airlifted to Hamilton General Hospital,” SIU spokeswoman Monica Hudon said. “Understanding what transpired and the relationship between the officers is part of the SIU’s investigation. I can only tell you that there was an altercation, and a firearm was discharged and one officer was struck.” Hudon added that the agency has assigned 11 investigators, including three forensic specialists, to the case. She said it’s very early in the investigation and there have been no arrests. She urged anyone with information — particularly anyone with video evidence — to contact the SIU. Niagara regional police said in a statement Thursday evening that the officer was in stable condition. The officer has 28 years of service and his name “is not being released at this time,” the force said. “In the spirit of transparency, I have asked the Ontario Provincial Police to determine if there is any criminal culpability outside of the SIU’s scope,” Niagara regional police Chief Bryan MacCulloch said in the statement. “The days and weeks ahead will be trying ones for the NRPS family and the community we serve,” MacCulloch said. “I ask for your support for our members and all those involved.” Local residents said the shooting led to a rush of squad cars racing to the scene in the early afternoon. Robin Zavitz said she was driving home at about 1:30 p.m. when she came across a police blockade. She said she could see a police SUV in a ditch and numerous squad cars nearby. “The police car is head-first in the ditch and there doesn’t appear to be any damage to it,” Zavitz said. “It’s scary when a police officer has been shot in the middle of the day.” Zavitz said a police car had been blocking the road at the same intersection all morning, but added the flurry of police activity didn’t occur until the early afternoon. Niagara regional police had tweeted earlier Thursday that the road would be partially closed for an investigation. Hudon said that investigation was related to a collision that occurred days earlier, but did not elaborate further. Mike Shepherd was driving home when he came across the same intersection at about 11:30 a.m. An officer was in his squad car, blocking the road eastbound, Shepherd said. “He said they were doing an accident investigation down the road.” A little more than an hour later, he said an ambulance rushed by. The province’s air ambulance service said it transported a patient from a St. Catharines, Ont., hospital to a trauma centre in Hamilton with critical injuries. The SIU is an arm’s-length agency that is automatically called in to investigate reports involving police where there has been death, serious injury or allegations of sexual assault. The Canadian Press Note to readers: This is a corrected story. A previous version gave the incorrect age for the officer. 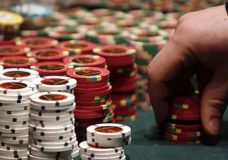