Impacts of climate change ‘all too clear’ in B.C., Premier says 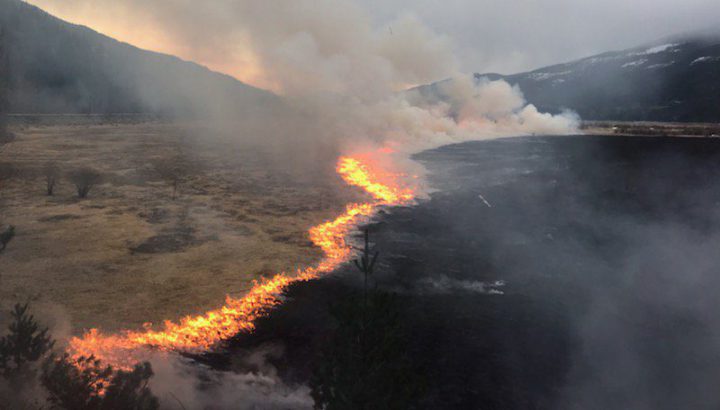 British Columbia Premier John Horgan is marking Earth Day by reaffirming his government’s commitment to rise to the challenge of climate change. In a joint statement with Environment Minister George Heyman, Horgan says his government is taking action through emission-reduction targets “that are amongst the strongest in the world.” He and Heyman say unprecedented wildfires and floods make the impacts of climate change “all too clear” in B.C. Their statement says the province’s CleanBC plan aims to build a strong, sustainable, low-carbon economy while creating jobs and economic opportunities.

On #EarthDay, we reaffirm our commitment to rise to the challenge of climate change and protect our shared environment now and for future generations. Our gov't is taking that responsibility seriously with #CleanBC, our climate action strategy.https://t.co/LDRGL0FdQC

The strategy is also aimed at making cleaner options more convenient, available and affordable. The pledge from Horgan and Heyman comes just days before Vancouver City Council is expected to be asked for a year-long delay for the launch of a ban on straws and foam single-use containers, which had been planned for June. The hiccup in Vancouver’s plastic reduction initiative is partly due to a lack of facilities capable of handling the slower decomposition rate of compostable plastics, the city said last week. Horgan and Heyman’s statement says pollution-reducing technologies, along with low-carbon products and services are among the areas supported by CleanBC, and the release urges all British Columbians to fight climate change. “As we celebrate Earth Day 2019, we ask you to do what you can, as an individual, a family and a community, to move toward a cleaner, healthier and more sustainable future,” says the statement.