April 7th, 2019updated
Nils Jensen, a four-term member of Oak Bay Council who served two terms as mayor, has died after a short battle with cancer. He was first elected to council in 1996, then as mayor in 2011. Jensen played a major role in the CRD’s regional water board. “He had a lot more to give…he was energetic, active and a very intelligent person, and it’s a real loss. He did a lot… he did 22 years on council and was instrumental on the regional water board, and was proud of the arts and founded the public art program in Oak Bay,” said current Oak Bay mayor Kevin Murdoch. “He was also an advocate for the environment. He will be missed. He contributed an enormous amount. It’s a very sad day to lose him, it was too early.” Greater Victoria school board trustee Ryan Painter was very close to Jensen and says that as difficult as the loss is, it is an important time to remember all he gave. “He was not just pillar in the community, he was a symbol of what a fun, happy, positive and engaged politician can be like. He brought fun everywhere he went, whether he was walking down the street or cycling, as he often did,” said Painter. “Kids and budding lawyers were also who he cared about. He was always talking in schools, and teaching. He loved inspiring new generations… it made him excited and happy… he deeply cared about the people who shared this little slice of heaven we called home.” Michael McEvoy, the Information and Privacy Commissioner for British Columbia, had his comments on the loss shared to social media, he says Nils passed away Sunday morning. McEvoy says the beloved public figure had Bachelor’s Degree in Chemical Engineering, a Law Degree from Osgoode Hall, and a Masters of Law from the London School of Economics. He practiced criminal law as defence counsel and as a prosecutor, and taught law in Ontario and B.C. The avid cyclist continued working as a crown prosecutor throughout much of his political career. Jensen leaves behind his wife Jean and two sons, Stewart and Nicholas. A memorial is planned at 2 p.m. Thursday at the Oak Bay High School Community Theatre. Other members of the Greater Victoria community took to social media to express their condolences.

I am greatly saddened to hear that Nils Jensen, former mayor of Oak Bay, and community pillar has died this morning after a short battle with cancer. He was a great guy, it was an honour to know him, he will be greatly missed. My condolences to his family & everyone close to him! 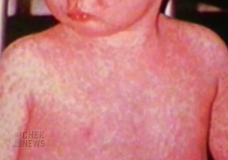 Two new cases of measles confirmed on the south Island 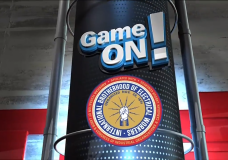