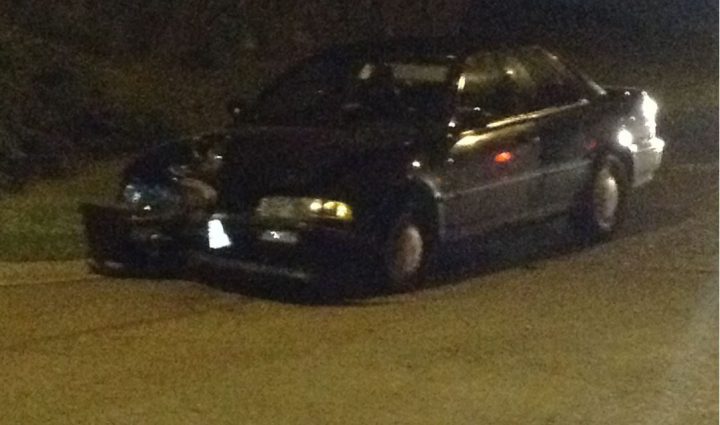 A car was damaged early Wednesday morning after striking a hydro pole in Saanich, which knocked out power to hundreds of BC Hydro customers in the area. Photo submitted by Howie Allan.

A driver suffered minor injuries after the car she was driving struck a hydro pole in Saanich, which resulted in hundreds of BC Hydro customers without power early Wednesday. Saanich Police Cst. Julie Fast says shortly after midnight, an Accura Integra rounded a sharp corner on Mt. Douglas Cross Road and hit a pole. The driver then reversed after hitting that pole, and then struck another one. Police say she needed medical attention and went to a home close by. She was taken to hospital and police could not if or when she was released from hospital. More than 400 people in the area were without power until around 7 a.m.

More than 400 people were without power after a car hit a hydro pole early Wednesday morning. Photo courtesy BC Hydro.

Fast says the driver is not facing charges or a violation ticket at this time.