CALGARY — Bell Media is laying off employees, including prominent on-air personalities, at radio and TV stations across Canada. However, the company won’t say how many, who or where. Unifor, the union representing on-air and broadcasting technicians at 17 CTV stations, estimates 50 jobs are being eliminated at Bell Media’s TV network alone in the latest round. It says CFTO sportscasters Joe Tilley and Lance Brown, along with on-air personalities such as BNN host Michael Kane and Ottawa CTV 2 hosts Melissa Lamb are among those affected. Unifor initially included former CTV Morning Live host Lianne Laing on the list but she later clarified that she left voluntarily. The union said the cuts mean the end of local sports broadcasts as of Dec. 27 at CTV’s flagship station CFTO in Toronto, a move it claims has already been made at CTV stations in Edmonton, Calgary, and Montreal. In an email sent Monday, Bell Media spokesman Matthew Garrow confirmed a union report that a number of employees were told last week their jobs would end due to a reorganization designed in part to address declines in advertising revenue. “Like other Canadian broadcasters, we are confronting rapid change in the media marketplace including new broadcast technologies and viewing options and fast-growing international competition,” he said. “As the media marketplace evolves, local radio and TV stations are facing significant declines in advertising, their only source of revenue. We need to reorganize and reduce costs to manage the impact.” Garrow said Bell is cutting its local sports presence but will continue to have sports in its local newscasts. “With respect to sports, I can confirm that we are phasing out specific sportscasts and anchors wholly dedicated to sports as an editorial decision to transition sports coverage in response to evolving viewer behaviour,” he said. Last January, Bell cited similar factors as it confirmed it was cutting an unspecified number of jobs at 24 of its locations across Canada. Howard Law, director of Unifor’s media sector, said the Canadian Radio-Television and Telecommunications Commission, the federal broadcasting regulator, must take partial blame for the cuts because it has been issuing five-year broadcast licence renewals without imposing strong conditions to ensure quality local news continues. “What the CRTC did not do, despite our urging, was to set regulations that enforced ‘quality’ over quantity, meaning that networks can continue to cut corners on staffing, actual news gathering, and allowing ‘talking heads’ current affairs shows to be called ‘news,'” he said in an email. Bell Media is a division of BCE Inc. (TSX:BCE), Canada’s largest telecommunications company. It owns 30 local television stations and 105 licensed radio stations. Many media companies across Canada have been cutting staff to deal with increasing competition in advertising markets. Early this year, Rogers Media moved to trim its workforce by four per cent or 200 jobs, in a bid to improve efficiency. Newspaper chain Postmedia laid off 90 employees in January as part of a plan to cut $80 million in costs by mid-2017. Follow @HealingSlowly on Twitter. Dan Healing, The Canadian Press Note to readers: This is a corrected story. A previous version said Lianne Laing was among those affected by the layoffs. Laing later clarified that she left voluntarily. 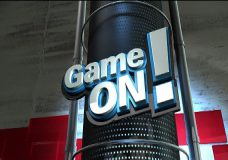